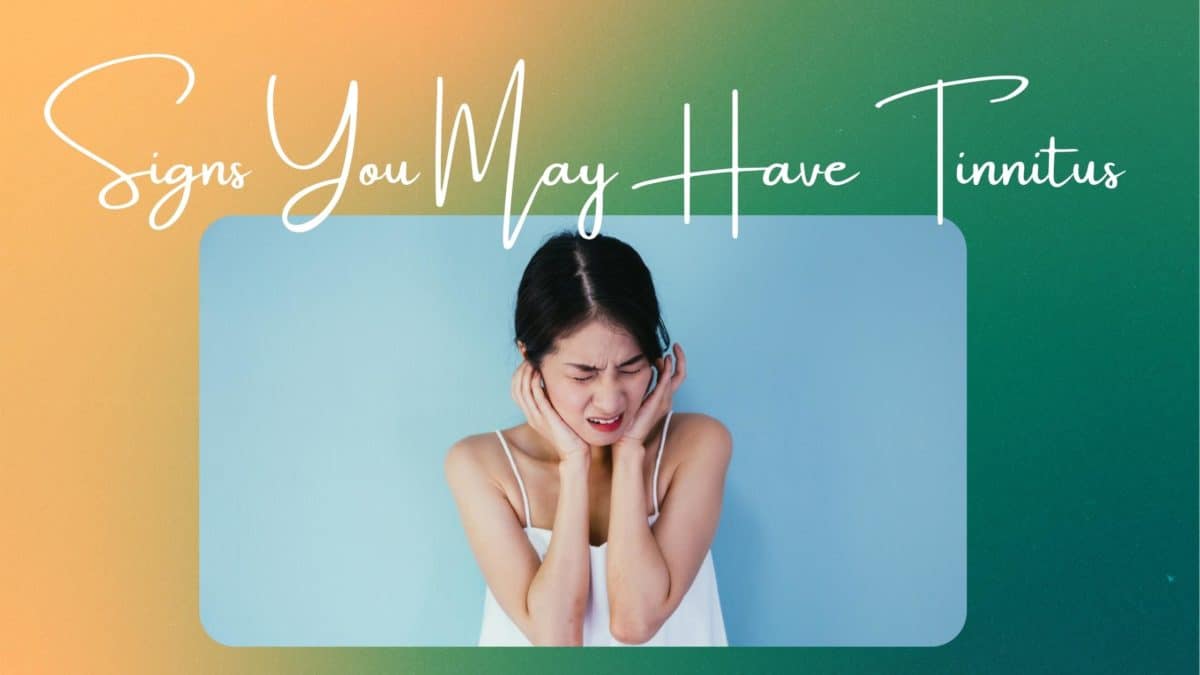 For some people, the symptoms of tinnitus are undeniable. Many people with tinnitus have such severe symptoms that they struggle to fall asleep at night or experience psychological distress throughout the day. They might hear a loud ringing sound that is distracting when they try to focus on other things, and quiet environments can be the most difficult for paying attention to anything other than tinnitus.

Although many people are fully aware of their tinnitus symptoms, others might not be so sure. Although they might hear a persistent sound in certain contexts, they might not realize that they have a serious hearing-related condition. Let’s take this opportunity to learn more about the signs of tinnitus, as well as what you can do about it.

Tinnitus is defined by the experience of sound that originates within the body. That sound might originate from blood vessels or bones close to the eardrum or inner ear. This type of tinnitus is called objective tinnitus, in that it can be heard by a doctor using precise instruments.

The more common form of tinnitus originates from the inner ear itself. The tiny hairlike organelles of the cochlea called stereocilia detect frequencies of sound pressure. When they are damaged they can be turned off, as is the case with hearing loss, or they can be effectively turned on in the case of tinnitus.

This type is called subjective tinnitus because a doctor can’t hear what you hear. The malfunction exists in the connection between the stereocilia and the auditory nervous system that transmits sounds to the brain. Although the world is not emitting the sound that you perceive, the brain is getting a signal that it is hearing something.

The dominant sign of tinnitus is the experience of hearing this sound. If you have ever attended a loud event, you might be familiar with the sound of ringing, hissing, whooshing, or roaring after you step outside into a quiet night or just before you go to sleep. In many cases, this ringing goes away, meaning you don’t have full-blown tinnitus.

However, when this sound is persistent over time, you know that tinnitus is an issue for you. Others don’t have a clear sense of whether they have tinnitus or not. Some associated symptoms can help you understand if you might have tinnitus. Many people with tinnitus also have trouble sleeping or concentrating. Particularly in quiet environments, the sound of tinnitus can be very distracting and even distressing. For some people, this distress can lead to depression or anxiety. These psychological effects of tinnitus can spill over into work or family relationships, as well. Although not all people with tinnitus also have hearing loss, it is quite common to have both conditions at once. Particularly for those who have noise-induced hearing loss, the same process that produces a loss in some of the stereocilia can produce tinnitus in others.

If you discover that you do have tinnitus, some common home practices can help. Some people use white noise generators to produce a sound that mimics the sound of tinnitus. Particularly when falling asleep, these machines can be helpful to mask the experience of tinnitus. A box fan, television, or radio can have the same effect on some people. Machines are even available on the market to produce sounds imitating nature that make it easier for some people to sleep.

Although these devices and tricks at home can help one fall asleep, they are not as effective as you move through the world, and they can be distracting to others in your home. Professional treatment for tinnitus has advanced greatly, and many hearing aids are now able to produce tones that can mask tinnitus symptoms at the same time as amplifying the sounds of the environment. This function uses an acoustic phenomenon of phase cancellation to copy and reverse the sound of tinnitus, and many people find great relief from this treatment.

If you are interested in finding out if tinnitus treatment is possible for you, the first step is to contact our offices for a diagnostic exam and consultation.