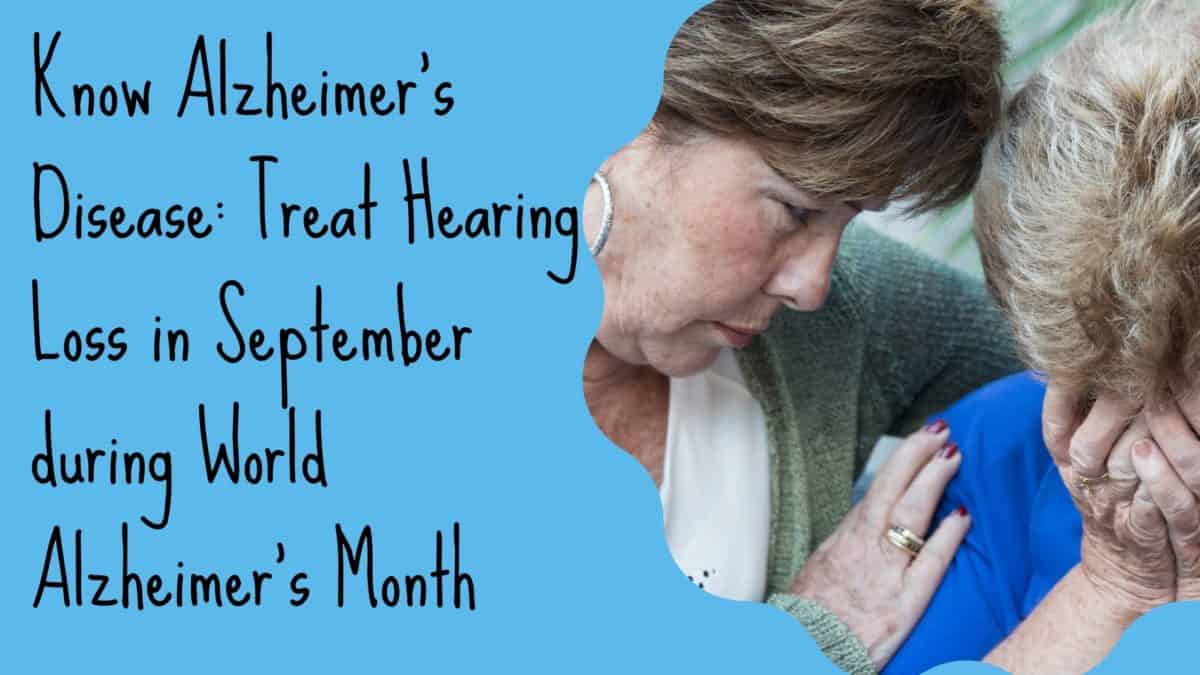 Do you feel like recently it has been hard to remember everyday things? Perhaps you’ve started a project you’ve done over and over in the past only to forget a step along the way? It’s normal to forget things every now and then, but it can also be an early warning sign of Alzheimer’s. This neurodegenerative disease can affect memory, cognitive functioning and even motor skills as it progresses, devastating not only the 50 million people in the world with this disease but their families and social support system as well. Every September is World Alzheimer’s Month, an international campaign led by Alzheimer’s Disease International dedicated to education, advocacy and raising awareness of the public of its growing impact on our aging population.

Aging does not guarantee that you will develop dementia, but it is one of the greatest factors increasing the likelihood of developing symptoms. One in 16 people over 65 have dementia, with the risk doubling every 5 years after. The condition occurs as structures called amyloid plaques and neurofibrillary tangles form around your brain cells over time. These anomalies slowly damage and destroy cells, preventing them from communicating with one another. The result is loss of memory, confusion, mood swings, personality changes and the inability to complete everyday tasks in its latest stage. People in the late stages of this disease require 24-hour care, which creates a heavy burden for the caretakers and family members in your life.

Staying on Top of Alzheimer’s Prevention

While we can’t change our age or family disposition to illness, there are several factors which we can control. Some of these are factors we can focus on now. For instance:

Education: engaging your mind throughout a lifetime maintaining education and a healthy social life can keep your mind agile and healthy into your senior years.

Exercise and Diet: It has also been found helpful to exercise regularly and eat a healthy diet, which promotes brain health.

Other factors which boost health and decrease the risk of dementia include:

The Lancet Commission on Dementia, Prevention and Care found that untreated hearing loss played a significant role in increasing a person’s risk of developing dementia. This is in part due to the strain hearing loss puts on an individual’s brain. Hearing loss develops slowly over time, so you may not be aware it’s even a problem. Even so, early hearing loss leaves gaps in words and sentences which are not delivered from the ears to the brain. This forces the brain to work overtime, creating a situation where conversation and social interaction is much more exhausting. Overtime, people often choose to avoid social interaction in favor of social isolation, which in turn increases the risk of dementia. Social isolation also can lead to depression and under stimulation which can cause the brain to actively shrink over time and increase the risk of Alzheimer’s and other forms of dementia.

Studies on the Connection Between Hearing Loss and Dementia

The medical community has completed extensive research identifying a greater likeliness of developing dementia when hearing loss goes untreated. For instance, as Taiwanese study examined approximately 8,000 people split evenly between two groups, one, with age-related hearing loss and the other without. The study found that people with hearing loss were 1.3 times more likely to develop dementia than the group with normal hearing.

Another study from Germany examined data from over 150 thousand people over the years 2006 to 2010. The study determined a 1.2 to 1.4 increase in risk of dementia for those who suffered from hearing loss.

With the understanding that hearing loss significantly affects your chances of developing dementia, it is important to diagnose and treat a hearing loss as early as you can. The most common treatment for hearing loss is hearing aids, which amplify sounds you struggle with so you can thrive in social situations, at work and with loved ones. Use World Alzheimer’s month as a call to action and have your hearing tested today. Even if you don’t think you have hearing loss, you may be surprised and have a chance to prevent Alzheimer’s in your future.